Advertisement
Four cleaners at several Myer sites in Melbourne will have larger pay packets in future after the Fair Work Ombudsman (FWO) found they had been collectively short-changed almost $12,000 in just six weeks. 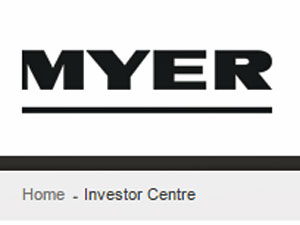 Four cleaners at several Myer sites in Melbourne will have larger pay packets in future after the Fair Work Ombudsman (FWO) found they had been collectively short-changed almost $12,000 in just six weeks, said an 18 November FWO press release.

FWO inspectors were checking whether companies contracted by Myer to provide cleaning services were meeting their obligations under the Fair Work Act and the Cleaning Services Award.

‘MQ Property Group engaged the four migrant cleaners as independent contractors and paid them a flat rate of $20 an hour for all hours worked,’ stated the FWO.

However, the FWO determined the cleaners had been misclassified and should have been engaged as employees and paid according to the terms and conditions of the Cleaning Services Award.

According to the FWO, ‘The cleaners were underpaid their minimum hourly rate, four hourly minimum engagement rates, penalty rates for early and late shifts, overtime rates and penalties for weekend and public holidays.

‘They should have received at least $22.51 an hour for ordinary hours worked. Collectively, they were underpaid almost $12,000 between 1 July and 15 August last year.

‘As a result of the contraventions, MQ Property Group director Qenan Luzi has entered into an Enforceable Undertaking (EU) with the FWO to ensure behavioural change and future compliance with workplace laws.’

* Engage all misclassified cleaners as employees and pay them appropriately,

* Engage an external accounting professional to audit the businesses workplace practices for the 2015-2016 financial year,

* Send a written apology to each of the affected workers,

* Ensure all current employees are given a copy of the Fair Work Information Statement and provided with written terms of engagement,

* Register with the Fair Work Ombudsman’s online tool My Account,

* Make a donation of $500 to the Cleaning Accountability Framework to promote compliance with workplace laws, and

* Implement a training program for the director and managers to educate them about the rights and responsibilities of employers.

MQ Property Group is said to be the second cleaning sub-contractor working at Myer sites that the FWO has found to be misclassifying its workers and underpaying them.

On 30 July the FWO announced that ‘Preston-based A&K Saana Services had short-changed nine of its cleaners $6300 in less than a month and had been asked to sign an Enforceable Undertaking (EU) to encourage behavioural change.

‘A&K Services was also contracted by Pioneer Cleaning Australia Pty Ltd, and the FWO is currently assessing the involvement of the company in both sets of contraventions.

‘While Myer has cancelled its contract with Pioneer, senior FWO officials have met with the retailer to discuss the importance of the company ensuring its supply chain is compliant.’

The FWO said it had been working closely over the past 12 months with key stakeholders in the cleaning industry to ensure compliance and best practice after finding the industry is characterised by layers of subcontracting, tight margins and a competitive tendering process.

Ms James said at the time the findings indicated a need for many cleaning contractors to pay greater attention to wage rates.

The largest underpayments were recorded in Victoria where 36 cleaning contractors were required to reimburse 268 cleaners more than $246,000.

The FWO reveals that the ‘Latest data indicates there are almost 25,000 businesses operating in the cleaning services industry in Australia employing almost 100,000 workers.’