Advertisement
Canberra's public school cleaning will be brought in-house less than two years after a major overhaul of the sector. 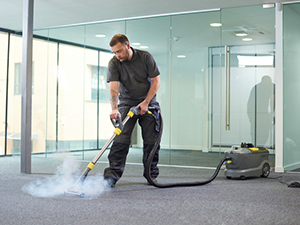 Canberra’s public school cleaning will be brought in-house less than two years after a major overhaul of the sector.

It is understood under the new system around 300 part-time cleaners will be directly employed by the government from late January 2020.

The move to bring cleaning services in-house follows a major overhaul of the sector two years ago.

The ACT government reduced the number of cleaning contracts from more than 80 to four following allegations of underpayment and sham contracting.

“Public school cleaning services have always been delivered by contractors in the ACT,” she said.

“No longer will cleaners face the problem of having to go through the process of effectively applying for their own jobs when the contract companies change – generally every three years. This is tremendous news for our school cleaners and the school communities who rely on their important work.”

Mark Sedgman, United Voice representative and building service officer said he is pleased cleaners are to be officially recognised as part of the schools through direct employment

“Building services officers work to ensure our public schools are safe and properly maintained. Some of our duties overlap with cleaning duties and we often work closely together. We have seen first-hand how badly some of the cleaners have been treated over the years by many unethical companies. The lack of training, proper equipment and time to do the job as well as wage theft clearly impacts on how well cleaners can do their job.”

Last year the Victorian state government overhauled its public school contracts in an effort to stamp out dodgey contractors and worker underpayment.

Under the system, schools in metropolitan Melbourne were divided into eight separate service areas, which were awarded to five major contractors.

It is understood prior to the newly installed model the department was monitoring around 100 large contracts.