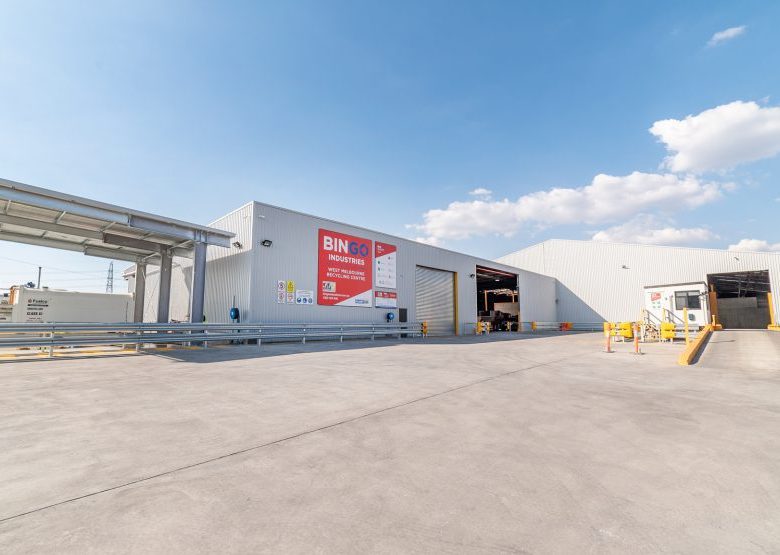 The opening of the centre was attended by Member for Northern Metropolitan Region and leader of the Victorian Greens Dr.Samantha Ratnam.

The upgraded recycling centre is set to become an important asset within Victoria’s network of recycling infrastructure, with Bingo targeting a resource recovery rate of more than 75 per cent.

Bingo entered the Victorian market in 2017 through several strategic acquisitions. In the last 12 months, the company has invested in excess of $50 million in acquisitions and committed an additional $50 million for upgrades of local waste management businesses and poorly managed post-collections assets.

Bingo managing director and CEO, Daniel Tartak said despite being a relatively new entrant into the market, he is confident that Bingo has the ability and know-how to be stewards for change and lead the Victorian recycling market to achieve enhanced sustainability outcomes.

“We are keen to help the Victorian Government significantly raise the standards and compliance within the waste industry, right across the state,” he said.

Bingo has invested more than $20 million in the redevelopment of the West Melbourne site. Upgrades to the facility include a resource recovery plant, new weighbridge, safety and structural improvements and upgrades to the electrical and fire protection systems, including thermal cameras.

“The upgraded facility is a great example of what Bingo is able to achieve in transforming previously poorly-managed post collections assets” said Tartak.

“Large-scale infrastructure projects like this one will help reduce Victoria’s dependence on landfills, create new jobs and drive further investment in recycling facilities.”

The company operates a fleet of 100 trucks and employs more 130 staff.