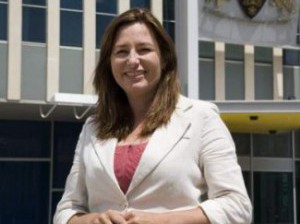 An audit of Spotless’ public housing maintenance contract has identified problem areas regarding how the contract is managed and how the work is checked, reported The Canberra Times on 14 April.

Spotless has owned the public housing contract since 2005, which houses almost 6 per cent of Canberra’s population in 10,600 homes.

Minister for Housing, Community Services and Social Inclusion and spokesperson, Yvette Berry, has welcomed the report, stating that “it is important that this major contract is subject to the independent scrutiny provided by the Auditor-General.”

Ms Berry also said that “the company responsible for delivering maintenance under the Total Facilities Management contract, Spotless, has made significant improvement in its processes for undertaking condition assessments of properties following changes made last year”.

“We know from a 2015 survey that 82 per cent of social and community housing tenants are satisfied with the overall service from maintenance contractors,” explained Ms Berry.

Despite this, the 14 April article by The Canberra Times included statements from Auditor-General Maxine Cooper, who said “that oversight of Spotless is inadequate” and that “it was not clear audits (by Spotless) were being done properly”.

‘A check in November 2013 found that 85 per cent of the 21 tenants supposedly audited had not received a visit or phone call from Spotless, with no documentation or photos of the 21 audits.

Spotless found no fails, whereas a departmental team found that 19 of the 21 work orders had either trade or administrative deficiencies,’ reported The Canberra Times journalist Kirsten Lawson.

The Audit Office also found that Spotless failed to achieve its employment of target groups.

‘The company was supposed to employ 10 Indigenous people, 30 tenants, 43 people with a disability and 25 young people,’ stated The Canberra Times.

‘Most of the targets were not met, except the youth target, which was well exceeded, despite the issue being raised repeatedly between the department and Spotless’.