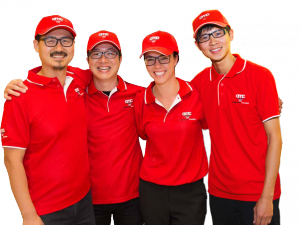 Accounting firm PKF Kennedy was responsible for the sale of the FaB, following the company being put into voluntary administration in September ‘with debts of almost $2 million’.

‘At PKF Kennedy’s appointment, FaB had about 246 contracts but that had reduced to 182 by the time a creditors’ meeting was held a fortnight ago’.

According to The Advertiser, former FaB franchisee Sanjeev Gautam ‘was concerned that he would not receive any money,’ as ‘former FaB director Bradley De Luca owes him $100,000 in payments’.

The paper also contacted AMC Commercial Cleaning to determine whether FaB’s franchisees would continue to work for their company.