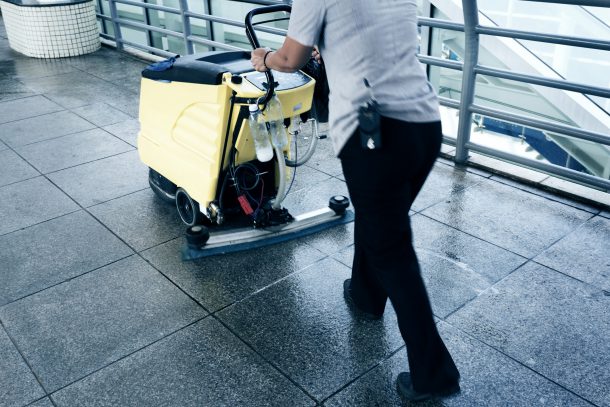 An Adelaide cleaner who suffered a psychiatric injury due to the increasing demands of her workload at an aged care facility has been awarded ongoing compensation.

According to the SA Employment Tribunal, when the worker began at the then-newly opened Regis Aged Care’s Kingswood facility  in early 2017, only one section was open and there were about 12 residents.

She was the only cleaner during the weekdays and worked five hours per day five days a week. Another cleaner worked about three to four hours on Saturday and Sunday.

The SA Employment Tribunal said in its ruling “over time the number of residents increased to 63 residents and all three sections on the ground floor opened up and then the section upstairs opened up as well”.

“As the number of residents increased her hours increased to 7.5 hours per day. This was inadequate for her to handle the workload. She had to clean about 50 separate rooms as well as clean the eating area every week and shampoo the carpeted areas every week.

“She said it was impossible to work to the standard that she was happy with. She became upset that she could not get her work done to the level that she thought appropriate. She felt guilty that the residents were not getting what she considered to be a reasonable outcome.

“She raised with her managers that there simply was not enough time to get the work done. One of her managers made it clear to her that money was being put into improving meals and they were not prepared to allocate much to her area of cleaning work.”

The worker, who has been a cleaner for 24 years, said over time she became more stressed about the situation and began suffering constant headaches, regular upset stomach, heart palpitations difficulty breathing and insomnia, and was eventually diagnosed with a psychiatric injury.

The “final straw” was when she received a formal letter of allegations which was handed to her at work.

Charles Watson, general manger of Workforce Guardian, told Inclean employers, and particularly those in growing industries, need to be mindful that employee workloads be appropriately considered and adjusted when rapid growth occurs.

“As part of their overall workplace health and safety obligations, employers owe their employees a duty to take reasonable care to avoid conduct that it could reasonably foresee may cause injury or detrimental health outcomes on their employees.

“This includes an employees’ mental health. That being said, it is not the employers responsibility to ‘fix’ an employee with mental health issues, but rather to avoid aggravating or creating a workplace whereby such conditions manifest or worsen,” Watson said, adding overloading employees has a strong likelihood of burning out an employee and creating stress and anxiety.

“Employers may have better outcomes if they truly ensure open communication is part of a workplace culture which will lessen the chances of unexpected and avoidable claims.”