Advertisement
Outsourced cleaners in Tasmania have allegedly been ripped off more than $21,000 in unpaid wages by Woolworths supermarkets’ contractors and subcontractors, reported The Sydney Morning Herald on 23 June 2016. 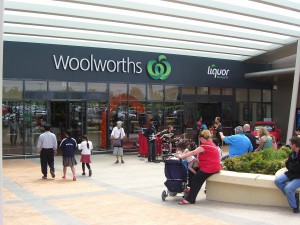 Outsourced cleaners in Tasmania have allegedly been ripped off more than $21,000 in unpaid wages by Woolworths supermarkets’ contractors and subcontractors, reported The Sydney Morning Herald on 23 June 2016.

‘Fair Work Ombudsman Natalie James has delivered a strict warning to Woolworths and other large companies that they will increasingly face prosecution for wage problems in their supply chains’.

“Outsourcing is a legitimate business arrangement – but in my experience, in highly competitive markets for low-skilled work, it also increases the risk that workers will be underpaid, sometimes quite deliberately,” said Ms James.

“We decided to launch legal action because of the involvement of vulnerable workers and the employer’s failure to rectify the alleged underpayments.”

OzKorea, a former cleaning contractor at four Woolworths supermarkets in Tasmania, and company director Sun Gun Hwang, are also facing court. ‘OzKorea faces maximum penalties of up to $54,000 for some contraventions, while Mr Hwang faces penalties of between $5400 and $10,800.’

‘A Woolworths spokeswoman said it took any alleged workplace law violations in its supply chain seriously’.

“Woolworths has worked with the Fair Work Ombudsman over many years to seek to eliminate exploitation of workers employed by contractors and subcontractors,” the spokeswoman said.

“We have invested significant resources in implementing processes to identify and address any workplace non-compliances by contractors in Woolworths’ supply chain.”

The Sydney Morning Herald noted that ‘none of the companies provides cleaning services at Woolworths supermarkets any longer’ and that ‘Woolworths has launched a number of initiatives to eradicate exploitation, including audits of its cleaning and trolley-collecting subcontractors and an independently run helpline’.