Advertisement
New research from the University of Southampton shows that copper can destroy MRSA spread onto surfaces by touch. 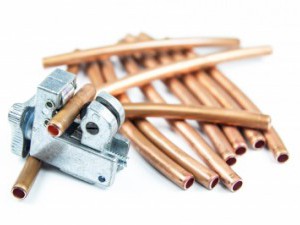 New research from the University of Southampton shows that copper can destroy MRSA spread onto surfaces by touch, reported Infection Control Today.

This latest study is particularly important as surfaces contaminated via fingertips are ‘potentially overlooked by cleaning regimes’ because there are no visible indications of corruption.

“Our latest research shows that in simulated fingertip contamination of surfaces with millions of MRSA or MSSA, the cells can remain alive for long periods on non-antimicrobial surfaces such – as stainless steel – but are killed even more rapidly than droplet contamination on copper and copper alloys,” Dr. Sarah Warnes, lead author of the new research, explained. “Exposure to copper damages the bacterial respiration and DNA, resulting in irreversible cell breakdown and death.”

According to the new research, the MRSA ‘die on copper surfaces via a multifaceted attack from copper ions and reactive oxygen species’.

“It’s important to understand the mechanism of copper’s antimicrobial efficacy because microorganisms have evolved various mechanisms to convey resistance to disinfectants and antibiotics,” noted Professor Bill Keevil, chair in environmental healthcare at the University of Southampton and the paper’s co-author. “Our work shows that copper targets various cellular sites, not only killing bacterial and viral pathogens, but also rapidly destroying their nucleic acid genetic material so there is no chance of mutation occurring and nothing to pass on to other microbes, a process called horizontal gene transfer. Consequently, this helps prevent breeding the next generation of superbug.”

‘Touch surfaces made from solid antimicrobial copper are already used by hospitals, schools, mass transit hubs, sports facilities and offices around the world to reduce the spread of infections, supporting key infection control measures such as good hand hygiene and regular surface cleaning and disinfection’ (see our previous coverage here).

‘Frequently touched surfaces in busy areas … are at high risk of community-acquired and healthcare-associated infections (HAIs) caused by MRSA and MSSA. Bacteria deposited on a surface by one person touching it, or via contaminated body fluids, can be picked up by subsequent users and spread to other surfaces, potentially causing thousands of infections worldwide. There were more than 800 cases of MRSA and almost 10,000 cases of MSSA reported by English NHS acute Trusts between April 1, 2014 and March 31, 2015.’