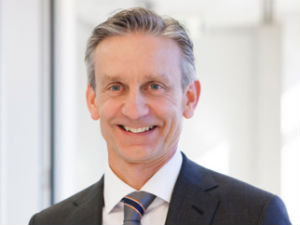 ‘The (MIL) business has around 2.5 years of work in hand, endowing the stock with high earnings visibility,’ stated Ord Minnett.

‘The stock listed at $2.25 in mid-November, but slipped below that levels (sic) without any news. To our mind, with a 12-month target price of $2.67, the stock looks attractive for investors with a penchant for emerging companies.’

Ord Minnett believes Millennium is worth owning for a number of reasons including ‘the potential to acquire similar businesses at prices that will make them accretive to earnings’; being a scalable business it’s estimated half the overheads of acquired operations could be removed; and the organisation has delivered solid organic growth in the years leading up to listing, which has boosted operating margins.

The broker observes that ‘new business opportunities are evident with around $50 million of new tenders submitted’ and historically the contractor wins about one-third of tenders. Apparently Millennium has retained more than 95 percent of existing contracts while ‘organic growth rates should therefore remain compelling and is a primary reason why the stock will be re-rated positively over time.’

A more recent ‘replacement’ prospectus, which can be downloaded from Millennium’s website, sheds more light on the company’s financials.

Of the $49.6 million raised in the IPO some $32.1 million went to the selling shareholders with $17.5 million going into the company. Prior to listing the major Millennium shareholders were Stephen Lidbury (Stephen Lidbury Pty Ltd), Royce Galea (Royce Galea Pty Ltd) and Wayne Crewes (Tomi-Sasha Holdings, trustee for Natural Property Trust).

Millennium’s first dividend is expected to be paid October 2016.

MIL was trading at $2.18 on 4 January giving a market capitalisation of some $100 million.